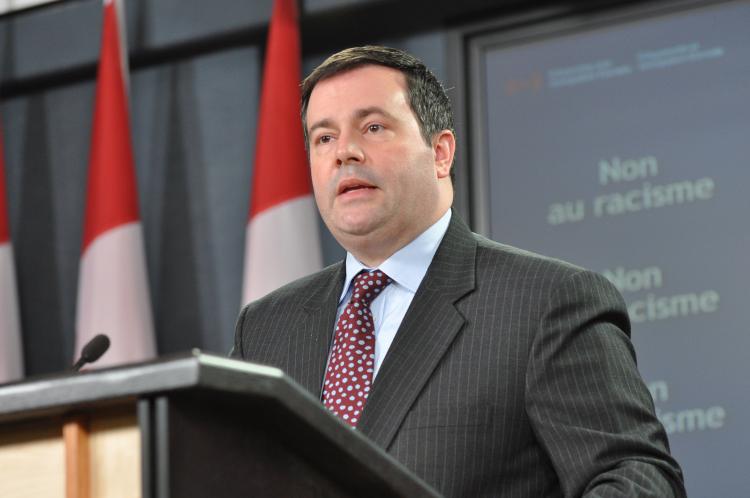 Alberta’s new bill that offers union members a choice whether to support their union’s political activity via union dues will be met with a legal challenge that will most likely go to the Supreme Court, past cases show.

“This is a Supreme Court case,” said labour and constitutional law expert Gilles LeVasseur, who teaches at the University of Ottawa’s Telfer School of Management.

“This is a fundamental case about the management and control of union funds in making decisions,” LeVasseur told The Epoch Times.

Introduced earlier this month, Bill 32 makes it a requirement that union members give consent for their dues to go toward supporting the union’s political activity, such as endorsing a certain political party or opposing another. The proposed legislation is the first of its kind in Canada.

In 1987, Ontario college teacher Francis Lavigne sued the Ontario Public Service Employees Union (OPSEU), arguing the union violated his Charter freedom of association because he disagreed with his union dues supporting some political causes and the New Democratic Party. However, in a unanimous decision, the Supreme Court rejected Lavigne’s argument.

LeVasseur says another key case is the 2015 Supreme Court ruling giving RCMP members the right to collective bargaining, meaning that the court gave the unions “the management authority.”

When announcing the legislation, Alberta Premier Jason Kenney said Bill 32 is part of a promise that his United Conservative Party made before the 2019 election, which his government is now fulfilling.

“If unions want to run political activities, they can do so, but they shouldn’t use dues paid by workers without their explicit opt-in approval,” Kenney said in a tweet.

The bill also introduces a number of other changes. Among them are that strike picket lines can’t block or delay someone from crossing, and picketing would be restricted to only outside the place of employment unless permission for other locations is granted.

“If passed, Bill 32 will provide employees and employers with clear and more transparent rules,” Labour and Immigration Minister Jason Copping said in the Alberta Legislature when introducing the bill. “[Examples include] changes to rules concerning temporary layoffs in the Employment Standards Act, and modifications to rules for construction in the Labour Relations Code.”

In a statement to The Epoch Times, Copping said if the bill becomes law, employees will still “pay union dues that fund core union business like collective bargaining or member representation, but they will no longer have to pay union dues for the portion that goes towards funding political activities and causes unless they opt-in to do so.”

Regarding picketing regulations, he said the changes “ensure employees will still be able to strike and picket, but with additional rules that make sure these activities do not overly impact the rights of individuals and businesses.”

Unifor’s western regional director Gavin McGarrigle says his organization is united with other unions in opposing the bill.

“We’re going to be intricately involved in a legal challenge. We just have to see the final version of the legislation because there’s regulations to come,” McGarrigle told Epoch Times.

“Members may not like everything in the collective agreement. They may think that they want to opt out of that, and the law has been decided on that for decades very clearly,” McGarrigle said, citing the 1987 Lavigne vs. OPSEU case.

According to McGarrigle, all of Unifor’s political causes “are intricately connected.” They include supporting or opposing political parties across the country, opposing the Trans Mountain pipeline expansion project, and supporting foreign political causes like the Boycott, Divest, and Sanction (BDS) movement against Israel.