Canada Lagging Behind as Countries Prepare for Vaccine Rollout 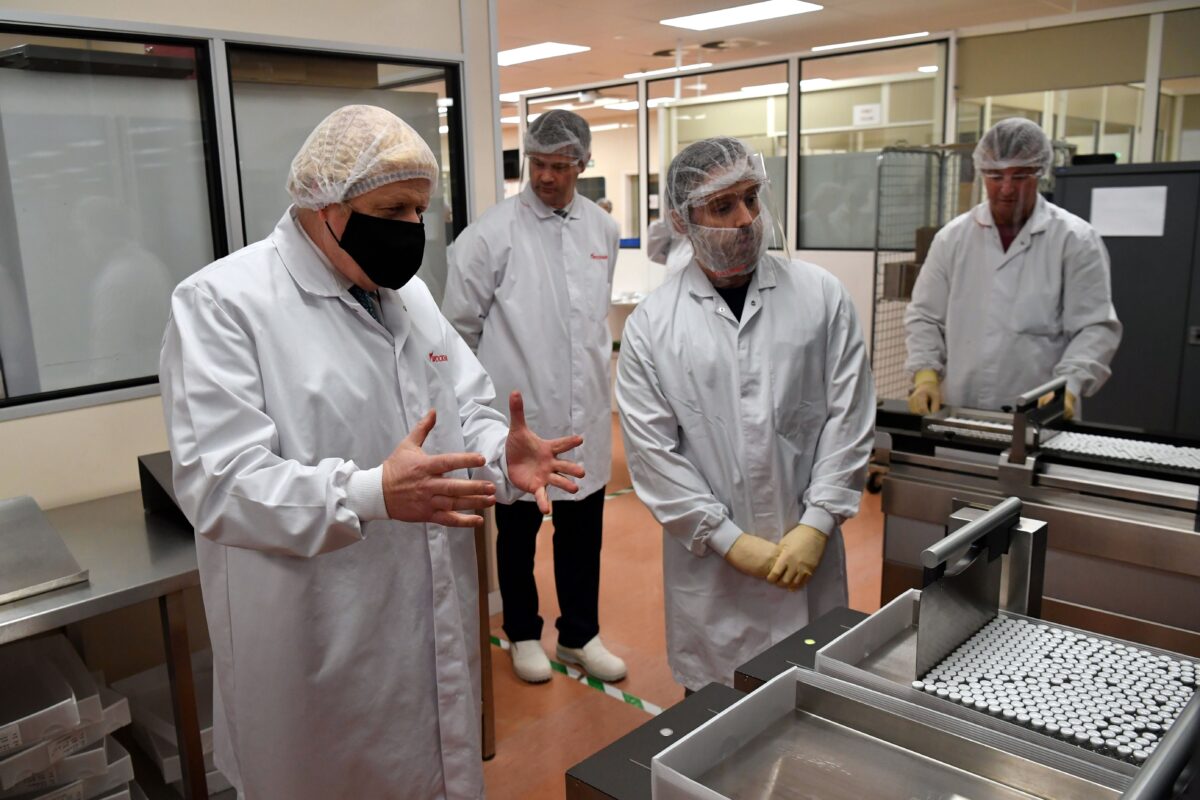 News of successful vaccine trials has led to the hope that the COVID-19 pandemic might finally be beaten back in the first months of the new year.

However, Prime Minister Justin Trudeau’s announcement that Canadians may not be among the first to be vaccinated due to the country’s lack of vaccine manufacturing capacity has sparked both criticism and disappointment.

On Nov. 27, Trudeau said that if all goes as planned, the majority of Canadians should be vaccinated by next September, but he didn’t say when vaccinations would start. Meanwhile, the United States and United Kingdom plan to begin vaccinations in early to mid-December.

Ottawa has lined up contracts with seven different companies for a vaccine, in case some of the vaccines currently being developed won’t be effective. It has also received recommendations from the National Advisory Committee on Immunization on which key populations to prioritize for receiving the vaccine first. But it has been criticized for not having a concrete distribution plan.

After a phone call between the prime minister and Canada’s premiers on Nov. 26, Ontario Premier Doug Ford said the lack of information on vaccine distribution makes it “impossible to plan.”

“We need certainty from the federal government,” he said. “We need to know which type of vaccine we will be getting, because each vaccine will come with unique requirements and potential challenges.”

Conservative Leader Erin O’Toole told reporters on Nov. 29 that Canada is behind the United States, the U.K., the European Union, Mexico, Brazil, India, and Indonesia on vaccine procurement.

However, Nigel Rawson, an independent researcher on health and pharmaceutical policy and an affiliate scholar with the Canadian Health Policy Institute, says the root of the problem lies at the feet of successive federal governments that have “undervalued” the health and economic benefits the pharmaceutical and biotech industry can bring to Canada.

“Over the past 20 or 30 years, Ottawa and the provinces have set up barriers in the form of unpredictable health technology assessment requirements, uncompromising price negotiations, and a tribunal that sets ceiling prices,” Rawson said in an interview.

“Even if a drug passes all these requirements, provincial drug plans then make their own assessment and can refuse to cover the drug.”

Adding to the pricing barriers is Canada’s lack of manufacturing capacity and major pharmaceutical company presence, which has led to a deep contrast with its allies in Europe and the United States.

Moderna and Pfizer are both now seeking approval of their vaccines in the United States and U.K. Moderna says it has trial data from 30,000 subjects suggesting that its vaccine works.

In accordance with Washington’s Operation Warp Speed, charter flights bringing Pfizer’s COVID-19 vaccine to the United States from Belgium began on Nov. 27, with a plan to distribute vaccines within 24 hours of approval by the Food and Drug Administration. Besides Pfizer’s plant in Belgium, its plant in Michigan is also developing a vaccine.

The European Commission has secured contracts with six different companies so far, including a contract for up to 160 million doses with Moderna, and officials have said recently that vaccines could be available by Christmas.

Rawson said the situation should demonstrate to Canada’s politicians and governments that they need to take vaccine production more seriously and rethink aspects of regulatory practices in order to make new drugs more available to all Canadians.

“The lessons Canada should learn from the lack of vaccine production is that Ottawa and the provinces should value the benefits that biopharma brings to this country and be more collaborative to encourage the industry to invest, manufacture, and launch here,” he said.

“Ottawa and the provinces don’t have to agree to all pharma’s demands but should collaboratively negotiate. In particular, if new drugs and vaccines pass HTA [health technology assessment] and reasonable price negotiations, they should be covered in all provinces for every Canadian who needs them.”

Opinion: The Solution Is a Convention of the...