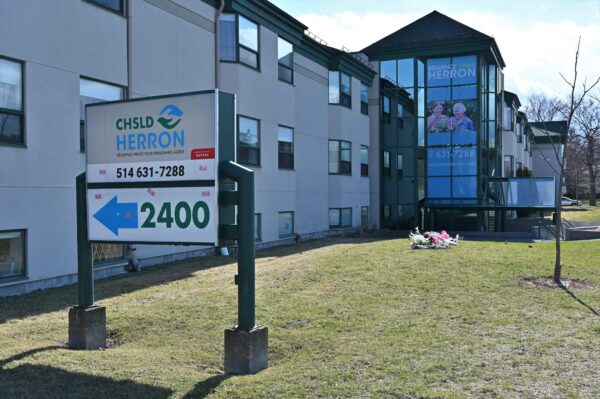 The premise and focus of Canada’s pandemic response has been misguided—but it’s not too late to change course, says a former emergency management expert and retired Canadian army officer, who has been trying to get all of Canada’s premiers on board with his detailed action plan since the spring.

David Redman is a former executive director of the Alberta Emergency Management Agency who later spent nearly 10 years as an organizational consultant working on best practices for emergency management. He also served as an officer with the Canadian Armed Forces for 27 years, leading complex missions as lieutenant-colonel.

Redman says the decision to put doctors and medical officers in charge of the entire pandemic response at the outset was a mistake, because they were not trained to look outside of a narrow medical scope. This led to the premise that COVID-19 is a “public health emergency,” but he says it’s actually better categorized as a “public emergency” because it affects jurisdictions far beyond the health system, extending to the public sector, private sector, and all citizens.

“A public health emergency should be used when there’s a localized area that’s having a significant health impact from a disease that needs to be controlled in a specific area,” Redman said in an interview.

“A public emergency is used when the entire province is at risk.”

The hyper-focus on COVID-19 case counts and eradication of the virus led to a flawed response to the pandemic from the start, he said. Instead, provinces should have set up specialized emergency management teams featuring a cross-section of professionals—including those in the medical, education, and major resource sectors—that could look at all the areas impacted by the pandemic and work together to minimize the damage to the greatest extent possible.

“A doctor doesn’t have a master’s of business administration and wasn’t elected to run the province,” said Redman.

“[Health professionals] have no capability of understanding and no training to understand the power grid, the water supply system, the cattle industry, the pork and beef industry, the oil and gas industry. Why would they? That’s not their job.”

Redmond says officials have been working from the wrong mission statement that “no one will catch COVID-19,” but contends the goal should be changed to “minimizing the impact of COVID-19 on our society.”

According to the most recent government data, as of Dec. 18, 96.4 percent of COVID-related deaths in Canada are among those aged 60 and over. Government data also show that people with pre-existing chronic conditions or compromised immune systems are at higher risk of dying of COVID-19, especially among those over age 80.

Seniors who live in long-term care homes, in particular, accounted for 80 percent of all COVID-19 related deaths as of August, based on analysis by the Canadian Institute for Health Information.

Redman says rather than imposing widespread lockdowns and quarantining healthy people, the focus from the beginning should have been a rapid, intensive effort to quarantine the most vulnerable—mostly those in long-term care homes—while other high-risk groups could quarantine by choice. This could have been done by early spring, by learning from demographic data coming from other countries such as Italy and Spain, he notes.

“I would have demanded immediately that a plan be done to point out exactly where every one of these [high-risk] concentrations was, and make an assessment how we could best isolate or quarantine those facilities until we had a grip,” he says.

He explains that quarantining long-term care homes as well as their staff—by providing government-run hotels so that staff could quarantine in cyclical shifts—would have saved thousands of lives, greatly reduced demands on hospital capacity, and virtually eliminated the need for widespread lockdowns.

“Because the logic that we’ve been using is ‘quarantine everybody to protect a few,’ we’ve protected nobody. And in particular, we’ve definitely not protected the people most at risk,” he says, noting that over 13,000 seniors, those 60 years of age or older, have died from COVID-19 despite lockdowns.

Though he estimates his government-run long-term care strategy would cost around $1 billion, it’s a far cry from the devastating impact lockdowns have had on the economy and families, not to mention the billions Ottawa shelled out in emergency support.

“Businesses should be assisted when the inevitable downturn occurs during a pandemic, but it was a complete mistake for a government to force businesses to close and then assume responsibility for supporting both the businesses and the workers,” he says.

Access to widespread rapid testing through private-public partnerships should also have been a priority from the start and should be a priority now, he adds, as it is key to preventing lengthy quarantines and shutdowns.

The goal must be to minimize the impact of the pandemic on provinces as a whole, not just the case count, Redman explains. The problem with focusing too narrowly on one data set—even the deaths directly linked to COVID-19—is that there are many crucial pieces of information that may be missing: deaths caused by delays in “non-urgent” surgeries or sick people avoiding the hospital, the increase in suicides and scores of opioid overdoses, or the psychological impact of lockdowns on children, for example.

Redman says the overall goal of the provinces in their pandemic approach should instead be to minimize the overall impact of COVID-19—including the effects arising from the response to it—on the entire jurisdiction, and to get back to normal as quickly as possible. Alberta’s pandemic influenza plan published by health authorities in 2014 includes a “four-point plan” that can achieve this, he notes, but it wasn’t used.

The four goals are controlling the spread of the disease and reducing illness and death by providing access to appropriate prevention measures and treatment, mitigating social disruption through ensuring continuity and recovery of critical services, minimizing adverse economic impact, and supporting an efficient and effective use of resources during the response and recovery.

Redman acknowledges his plan would not save everyone—there is still a small number people outside of the at-risk groups who are dying of the disease—but keeping the focus on reducing the holistic harm to society during the pandemic is a more humane and rational approach that saves more lives in the long run, he contends.

Redman says he wrote to Alberta Premier Jason Kenney in early April to advise Kenney of his plan and offered his services. By June, he had approached all 13 Canadian premiers, but he has largely been ignored, he says.

As Canada and much of the world grapples with the so-called second wave of the virus, and as hospitals and long-term care homes are inundated with new cases, it’s still not too late to make some strategic changes, Redman says.

The focus should immediately shift to intensive protection for the most vulnerable groups, and to ensuring that critical infrastructure such as surge capacity for hospitals be put in place, while vaccinating long-term care staff and others who work with high-risk groups, he says.

Governments must also stop all lockdowns, he adds, and get everyone under 65 without compromised immune systems “fully back to work.”

Crucially, the “fear campaign” in the media and through government announcements must stop, he notes. Instead, a new approach must include more context and a focus on big-picture progress in combating the disease, by giving the public and media the province’s step-by-step action plan so they can see progress for themselves and have a better sense of control and trust in the decision-making.

“People are being beaten down by the media every day, telling them that there’s another 10,000 cases, and another 100 people have died, forgetting to mention without any context that those 100 people that died are the ones we abandoned in long-term care homes,” he said.

Officials must also allow people to make risk-analysis decisions for themselves and stop excessive regulation and intrusion into people’s lives, says Redman. For example, if a senior is deeply suffering from social isolation and believes the benefits of seeing family members are worth the risk, they must be allowed to do so.

In addition, anti-social measures that erode the social fabric must end, he says, such as “snitch lines” where health officials ask people to report on each other for pandemic rule infractions.

“Making people fear each other is always the wrong approach to any challenge.”