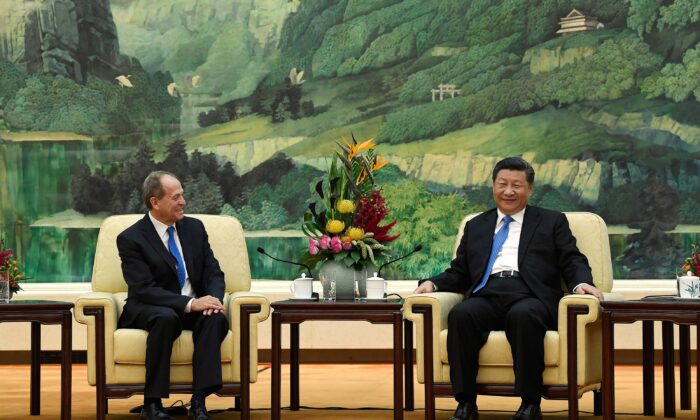 Chinese leader Xi Jinping meets with the 48 Group Club chairman Stephen Perry at the Great Hall of the People in Beijing on Oct. 16, 2018. (Daisuke Suzuki/AFP via Getty Images)

The Canadian publisher of a book on Beijing’s influence abroad and on Western business elites and politicians says he plans on publishing the book on its original release date despite a legal challenge initially putting plans on hold.

The book “Hidden Hand: Exposing How the Chinese Communist Party is Reshaping the World” by Clive Hamilton and Mareike Ohlberg was set to be released in the United States and United Kingdom last week, and in Canada on July 1 in digital format and on July 3 in hard copy. However, the plan was put on hold after a legal challenge by a British organization named in the book. The book has already been published in Australia and Germany.

Dean Baxendale of Optimum Publishing, which has the publishing rights to the book in Canada, says he was originally asked by the U.K. publisher, One World Publishing, to put release plans on hold due to a legal challenge by the 48 Group Club, which is named in the book.

But he says that after legal consultation, the book will proceed to be published in Canada as planned, as well as in the United States and United Kingdom. 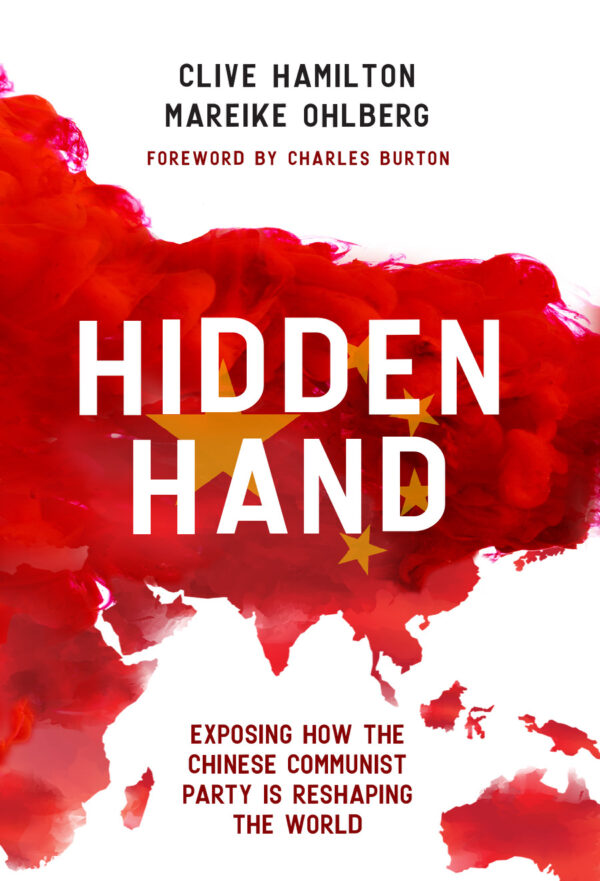 “One World addressed the alleged defamation concerns directly and have decided to move forward in publishing the book in both the U.S. and U.K.,” Baxendale told The Epoch Times.

The 48 Group Club is an organization promoting closer business ties with China. Its website currently says “under maintenance.” Web archives show the organization’s motto as “equality and mutual benefit,” which it attributes to Chairman Mao’s premier Zhou Enlai, calling him China’s “much-respected premier.” The site features a photo of the organization’s chair, Stephen Perry, meeting with Chinese leader Xi Jinping.

Both Optimum Publishing and One World Publishing were contacted by Druces Law, a firm representing the 48 Group Club, requesting a cease in publication. The law firm said the book makes defamatory statements about the 48 Group Club and wants changes made.

The Epoch Times contacted Druces Law for comment but didn’t hear back by press time.

This is not the first time a book by Australian academic Hamilton has been blocked from being published. His 2018 book “Silent Invasion” about the Chinese regime’s growing influence in Australia was declined by three publishers due to fears of legal retaliation by Beijing, Hamilton said in past interviews.

“Hidden Hand” focuses on the Chinese Communist Party’s (CCP) attempts to reshape the world, while showing the ties between Beijing, business elites, and Western politicians in various countries.

Hamilton read an excerpt from “Hidden Hand” at an event to mark the launch of the book in Canada on June 25 organized by the Macdonald-Laurier Institute.

“One who recognized why [former Canadian ambassador to China John] McCallum was saying the things he did in support of Meng [Wanzhou] was former Mexican ambassador to Beijing, Jorge Guajardo. He had been groomed in the same way. Envoys new to Beijing are isolated from senior Chinese officials. After a time, a message is sent that a high-ranking official wishes to meet them. They meet and are told they have a unique understanding of the nuance and delicacy of the party’s position. They begin to see themselves as special,” Hamilton read.

“As special friends of China, the envoys’ advice to their masters back home reflects their unique insight, and is exactly the advice Beijing wants them to communicate.”

Hamilton said the motivation behind writing the book was to explain to readers that the CCP is engaged in a well-organized and systematic attempt to reshape the world order.

“We are aware that there is very widespread ignorance and misunderstanding and naivete about China under the CCP in Western countries,” he said.

“A lot of these attitudes were formed in the ’80s and ’90s, particularly among elites, but also the media and the general public about China under the CCP, which now prove to be dangerously wrong as Canada has found out in the last year or so in a kind of a dire way.”

Ohlberg said the book reflects many of the issues related to China that are unfolding “on a daily basis.”

She said she hopes the book will create “momentum” for Canada and other countries to “get [their] act together and to finally understand what is gong on, and to finally push back in a more concerted, more coordinated, and more decisive manner” against the CCP.