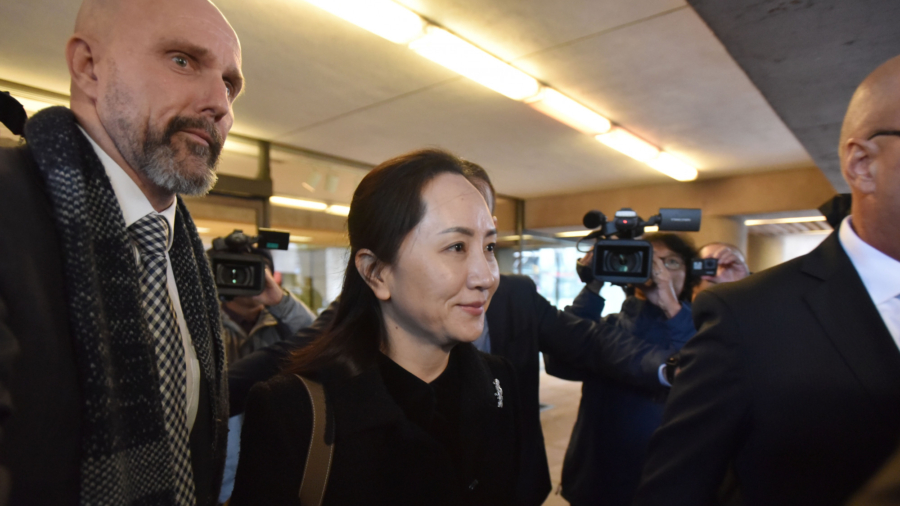 John Bolton, the former national White House national security adviser, said on Friday that the arrest of and charges against Huawei’s Chief Financial Officer (CFO) Meng Wanzhou are solid and not politically motivated.

“The facts are what the facts are,” he said during an interview with CBC Radio‘s “The Current.” “It’s very clear what the purpose of the arrest was. It was not politically motivated at all.”

“I’d be happy to testify under oath to that effect in a Canadian court,” he added.

Bolton—who’s known for his hawkish view on foreign policy matters—affirmed that the Huawei case is solid.

Huawei and people involved with Huawei had committed financial fraud in very serious ways in regard to violations of U.S. sanctions against Iran, Bolton said in the interview.

The former Trump adviser made the remarks in response to a report that Meng’s defense team may use his newly released controversial book to prove political involvement in her extradition. Bolton claimed in the book that President Trump used the criminal prosecution against Huawei as a bargaining chip in the U.S.-China trade deal.

However, Trump has denounced Bolton’s book as “pure fiction.”

“Bolton’s book … is a compilation of lies and made up stories, all intended to make me look bad.” he wrote in a Twitter post. “Many of the ridiculous statements he attributes to me were never made.”

Meng, 48, who is also the daughter of Huawei’s CEO, was arrested in Vancouver in December 2018 at the request of the United States. She was formally charged on Jan. 28, 2019, with bank fraud, wire fraud, and conspiracies to commit bank and wire fraud.

Meng lost the first battle in her bid to avoid extradition in May and remains under house arrest in Vancouver.

Two Canadians, Michael Kovrig and Michael Spavor, were detained in China in the same month shortly after Meng’s arrest.

Kovrig is a former Canadian diplomat and Spavor is a businessman. Both of them were charged formally with spying, the Chinese regime announced on June 19.

Bolton said that the arrests of Kovrig and Spavor are arbitrary.

“I think all the evidence points in that direction,” he said. “I think the Canadian government throughout this process has upheld its obligations under that agreement. And the Chinese have responded in an authoritarian fashion they’ve they’ve arbitrarily arrested Canadian citizens.”

He pointed out that countries should learn the danger of China dominating the world from the Chinese regime’s response to the Meng Wanzhou case.

“This is the way China behaves when it’s not dominant in the world. And if you don’t stand up to this kind of behavior now, what’s going to be like as China grows and economic strength,” he said.

Cathy He and Katabella Roberts contributed to the report.