Don’t Judge a Wine by Its Screw Cap 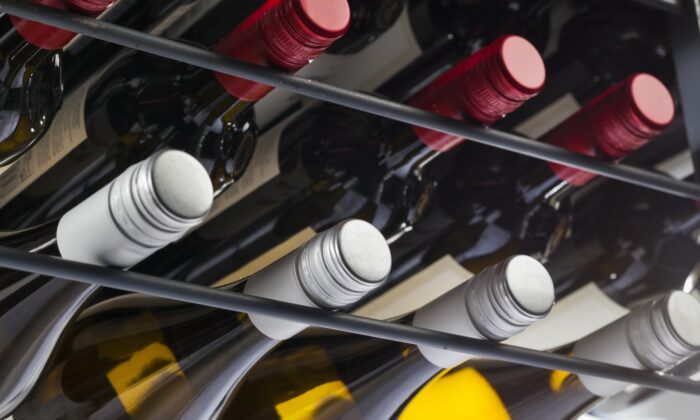 Today, screw caps are also used on upper-tier wines, even though consumers may not be aware that it can be seen as a mark of quality. (Peter de Kievith/shutterstock)

Dear Dan: A good friend hosted me for a birthday dinner, and the elegant table was set with crystal stemware—but the wine he served was sealed with a screw cap. Should I be offended?—Wine Novice

Dear Wine Novice: Have you been living in Siberia for the last 50 years? Around 1970, screw caps were associated with cheap wines, derelicts, brown bags, and gutters. But soon, wineries around the world began hearing about the real reason screw caps made a lot of sense.

In fact, if the wine your friend served was a 2018 PlumpJack cabernet sauvignon, you should be impressed. It’s a prestigious offering from the Napa Valley winery, one of whose partners is California Gov. Gavin Newsom, and it sells for $160 a bottle. It has a cap.

I’d advise you to start reading newspaper wine columns and get up to speed.

It’s easy to understand Wine Novice’s confusion. The use of screw caps on wine has for decades been associated with cheap wine. But today, screw caps are also used on upper-tier wines, even though consumers may not be aware that it can be seen as a mark of quality.

The reason is simple: Many bottles of cork-closed wine have been found with a taint from the use of natural cork. Such a spoilage ruins any wine, so many producers are switching to other forms of closures.

The aroma of a chlorine-related compound has always been a problem for producers of natural cork. Most of the larger cork producers have resorted to expensive measures to reduce cork taint over the last 20 years.

As strong as their efforts have been, the problem remains: Roughly 1 to 2 percent of all wine sealed with natural corks has a moldy smell. (Some trained professionals claim they can detect this “corked” aroma in 8 percent of all cork-finished wines.)

Large Australian wineries began to experiment with screw caps on rieslings in the early 1970s, and by the 1980s, various synthetic corks were being tested worldwide.

In 1989, St. Francis Winery of the Sonoma Valley in California first tested a synthetic cork made of ethylene-vinyl acetate. Soon after, a number of other wineries began to use SupremeCorq’s thermoplastic elastomer corks. Subsequently, other producers entered the field. Companies called Nomacorc and Neocork used polymers.

Most of these products started out with minor problems. One lost its resiliency over time and didn’t provide a solid seal. Another solved that problem but was hard to remove from bottles without Herculean strength. A few bottlenecks broke. (Some liability lawyers were happy!)

The earliest cork-substitute closures had only one problem: the jug-wine image.

The screw cap being marketed today was developed by a French company called Pechiney under the name Stelvin. Its benefits are clear. It cannot harm the wine’s aroma. Also, opening the wine is easier—no daunting gadget to learn how to use.

Also, bottles can’t leak, since caps fit snugly against the bottle lip, and bottles may be stored upright, since there is no need to keep the cap moist.

The screw cap got a huge boost in 2002. That year, a group of Australian winemakers, irate over cork taint, began using screw caps for their best early-drinking wines, mainly riesling. Then the New Zealand Screwcap Wine Seal Initiative was announced to support caps. Most New Zealand wines today are screw-capped.

And months later, things got serious: Bonny Doon Winery of California said it would switch all of its 200,000 cases into screw-capped bottles. R.H. Phillips said it would bottle its entire 300,000-case production with caps. And Jackson Family said it would use caps for its entire line of Pepi wines.

So don’t judge a wine by its closure.

Wine of the Week

Swimmer With Down Syndrome Breaks World Record by...

The Healing Power of Crumpets and Tea