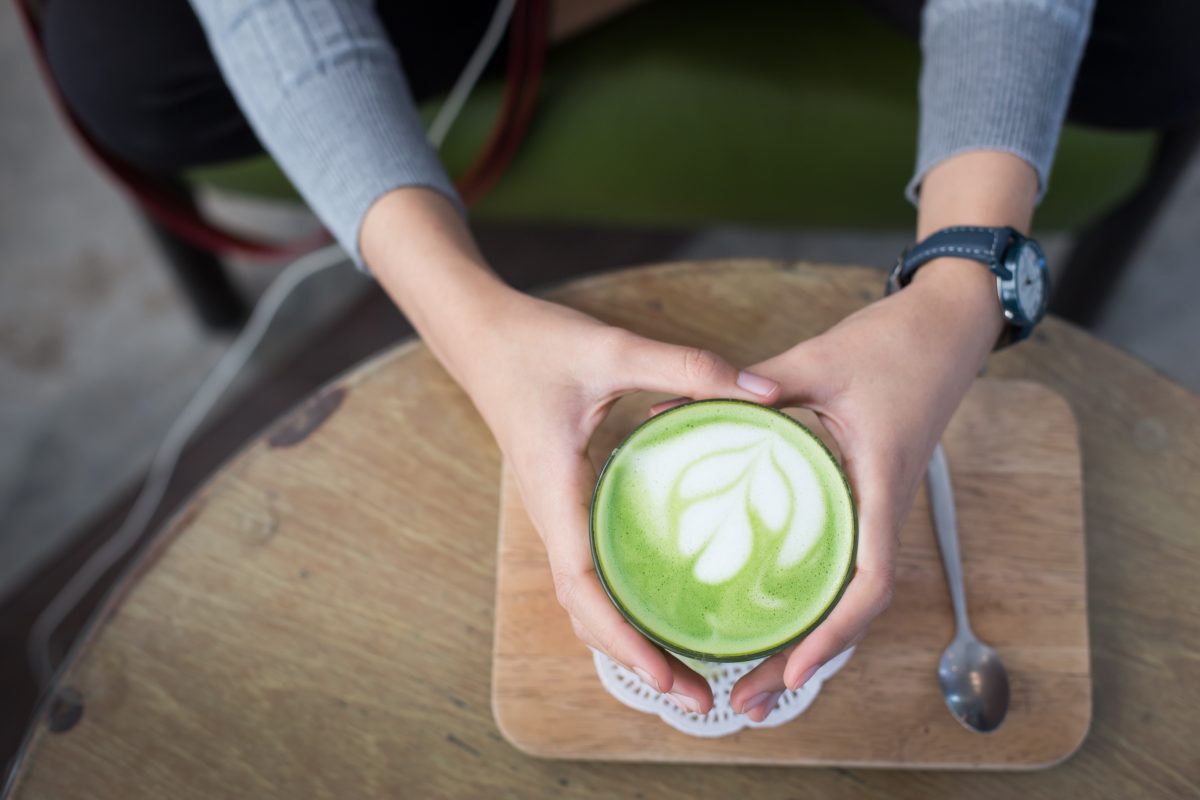 Matcha is a special form of green tea made from ground leaves dissolved in hot water. (dungthuyvunguyen/pixabay)

By GreenMedInfo, The Epoch Times

You may love a cup of warm green tea in the morning, but did you know it may also set you up for a calmer, less anxious mood throughout your day? Research shows this coffee substitute may be a mood-booster as well.

According to “The Book of Tea,” written in 1906 by Japanese scholar Okakura Kakuzō,[i] “Tea began as a medicine and grew into a beverage.” With that simple yet profound statement, Okakura succinctly explained why green tea has long been celebrated as both a soothing refreshment and health-boosting tonic.

Researchers at Kumamoto University in the Kyushu region of Japan studied green tea’s beneficial properties, specifically its ability to calm the mind. Published in the Journal of Functional Foods in 2019, the study examined the stress-reducing function of matcha green tea in animal experiments and clinical trials.[ii]

Matcha tea is a potent form of powdered green tea, containing more medicinal phytochemicals than regular green tea and also more caffeine. The study honed in on the effects of L-theanine, a primary amino acid in green tea that has been shown to exhibit stress-reducing effects in mice[iii] and humans with high-trait anxiety.[iv]

However, the higher caffeine level creates an effect that is antagonistic to theanine, meaning it reduces theanine’s calming effects. Previous studies have suggested that differences in the quantities and ratios of these three green tea components (theanine, arginine, and caffeine) affect the efficiency of its stress-reducing action.

Researchers expected matcha tea to have a stress-reducing effect due to its high theanine content and sought to test their hypothesis with mice that were placed under controlled stress.

Using this test, researchers found that mouse anxiety (adrenal hypertrophy) was significantly reduced after consuming at least 33 milligrams per kilogram of body weight of matcha powder or matcha extract. Relationships between elements were also analyzed. Researchers confirmed that theanine and arginine have a significant stress-reducing effect when used in combination.

Theanine is needed at concentrations of at least 0.32 milligrams per kilogram of body weight to be effective; arginine supplementation alone was not effective. There was no relationship between caffeine and adrenal hypertrophy. Researchers then moved on to test a variety of specialized matcha preparations using human subjects.

In the human trial, researchers sought to enhance the stress-reducing effects of matcha tea by testing a specialized blend of matcha with reduced caffeine content, made from tea leaves that had been prepared by irrigating them with hot water at 95 degrees C for three minutes. This experimental preparation, called “test matcha,” thereby enhanced quantities of theanine and arginine while suppressing caffeine ratio.

Thirty-nine healthy subjects (23 men and 16 women) were selected for this human trial and randomly allocated into experimental and control groups. Participants were university pharmacy students who were engaged in regular university life and a more intense, therefore anxiety-producing, pharmacy practice environment. All were free of acute or chronic diseases, were not taking major medications, and were non-smoking.

Participants were instructed to drink 3 grams of either test or placebo matcha preparation per day, suspended in 500 milliliters of room-temperature water. They were asked to avoid other caffeine and theanine-rich beverages such as other teas, coffee, and soda, for the duration of the experiment. They were also instructed to avoid caffeine-rich foods such as chocolate and to avoid alcohol.

The intake of test- or placebo-matcha was conducted for a period of 15 days, which began with seven days of normal collegiate life followed by an intensified instructional experience of pharmacy practice that took place over eight days.

Participants were given the State-Trait Anxiety Inventory (STAI) test before pharmacy practice began and at the end of this practice period. A questionnaire was also given in which feedback was solicited on their emotions, subjective stress, and physical condition. Sleeping hours were also recorded.

After review of all data, including the matcha variations, researchers concluded that both anxiety and physiological stress were decreased when test-matcha was consumed.

Researchers noted that the quantities of theanine and arginine must be high, whereas the EGCG and caffeine levels must be low to receive optimum anti-anxiety benefits of matcha tea. Therefore, this research suggests that the quality of matcha tea preparation is highly important when an individual is consuming matcha for its calming properties.

Your Source for Green Tea Research

There are at least 400 reasons to drink green tea, including the scientifically proven effect of green tea phytochemicals on mood and brain function. Matcha green tea possesses the attributes of the whole leaf, which are shade-grown for three to four weeks before harvest, then removed from the stems and deveined before grinding into a light green powder that is then dissolved in hot water as a beverage.

Matcha green tea can help diabetics through its beneficial effects on blood sugar and the ability to suppress blood glucose accumulation and promote lipid metabolism and antioxidant activities. Matcha has also been shown to slow the progression of renal and liver damage in Type 2 diabetic rats.

To learn more, steep yourself in the 927 abstracts with green tea research on GreenMedInfo.com.

The GMI Research Group is dedicated to investigating the most important health and environmental issues of the day. Special emphasis will be placed on environmental health. Our focused and deep research will explore the many ways in which the present condition of the human body directly reflects the true state of the ambient environment. This work is reproduced and distributed with the permission of GreenMedInfo LLC. Sign up for the newsletter.

The CDC’s Guidelines for Back-to-School Under COVID Sound...

5 Things New Graduates Should Do to Plan...

Remembering the Meaning of Memorial Day