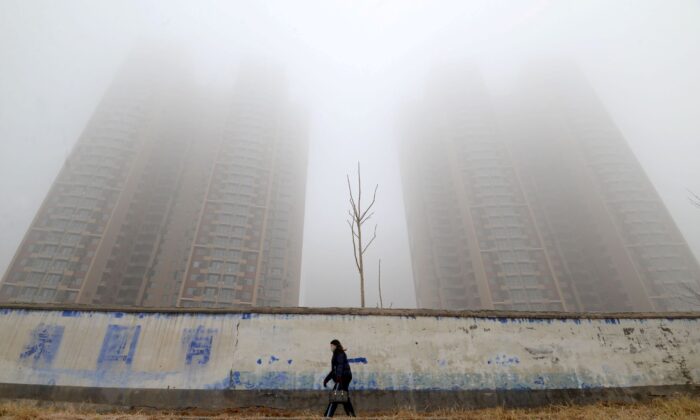 A woman wearing a mask walks past buildings on a polluted day in Handan, Hebei province, China, on Jan. 12, 2019. (Stringer/Reuters)

Just 25 big cities—almost all of them in China—accounted for more than half of the climate-warming gases pumped out by a sample of 167 urban hubs around the world, an analysis of emissions trends showed on Monday.

In per capita terms, however, emissions from cities in the richest parts of the world are still generally higher than those from urban centers in developing countries, researchers found in the study published in the open access journal Frontiers in Sustainable Cities.

The study compared greenhouse gas emissions reported by 167 cities in 53 countries, and found that 23 Chinese cities—among them Shanghai, Beijing and Handan—along with Moscow and Tokyo accounted for 52 percent of the total.

It included more cities from China, India, the United States and the European Union because of their larger contribution to global emissions and significance to the climate debate.

Chen and other scientists cautioned, however, that some of the data available for use in their study was patchy, with some cities reporting numbers from as far back as 2005.

A lack of consistency in how cities report emissions also makes comparisons tricky, they added.