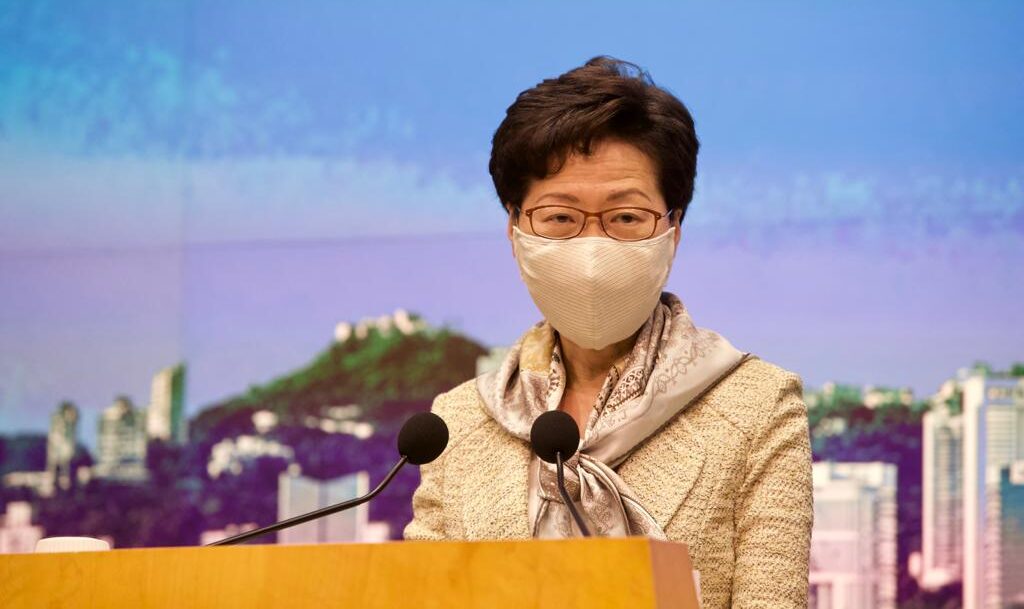 Hong Kong leader Carrie Lam refused to comment on the status of the Chinese Communist Party’s proposed national security law for her city during her weekly press conference on June 30, despite local media reporting that the law has been passed in Beijing.

Lam said that it was inappropriate for her to comment on the law since the standing committee of China’s rubber-stamp legislature, the National People’s Congress (NPC), was still having its meeting Tuesday morning.

She added that once the law was passed by the NPC standing committee and added to the annex of Hong Kong’s mini-constitution, the Basic Law, her administration would then answer questions on how the law would be implemented and enforced in Hong Kong.

On Sunday, the NPC standing committee began its three-day meeting. The very next day, China’s state-run media Xinhua reported that a version of the law that could be voted on had been tabled.

Beijing formally began the process of drafting a national security law for Hong Kong on May 28, after the NPC conducted a ceremonial vote. The law would criminalize those who engage in activities connected to “subversion, secession, terrorism, and foreign interference” against the CCP.

On June 20, the NPC standing committee released more details about the draft proposal: Beijing would have jurisdiction over certain cases under exceptional circumstances, the regime would also establish a national security agency in the city, and the chief executive—a position currently held by pro-Beijing leader Carrie Lam—would appoint judges to hear national security-related cases.

Two Hong Kong media, Now TV and RTHK, reported on Tuesday morning that the NPC standing committee had passed the law unanimously after a ceremonial vote, citing unnamed sources. Additionally, RTHK reported that the maximum penalty for crimes like “secession” is more than 10 years in prison.

Assessing the Competition Between the US and China

A Mother Loses Her Entire Family in the...

The world should stand up to China, says Nathan Law