The Huawei G2 Laboratory Building in Tuanbowa campus is on fire in Songshanhu, Dongguan, China on the afternoon of Sept. 25, 2020. (Screenshot of YouTube video)

A building within Huawei’s lab campus in southern China’s Dongguan city caught on fire on Sept. 25 afternoon, killing at least three people. The city government claimed that the building has no relationship with laboratories, but Chinese media quoted Huawei employees who said the facility contains 5G labs.

Huawei is China’s largest manufacturer of telecom equipment. But the company has been banned from several countries’ 5G rollouts amid concerns that its products could be exploited by Beijing to conduct espionage.

State-run media 21st Century Business Herald quoted an Huawei employee who said the fire started in an anechoic chamber that was being built to absorb electromagnetic waves. The absorption material accidentally caught on fire.

But the news report was soon removed from the internet.

Another state-run media, The Paper, quoted the campus’ management company, which said the building that caught on fire was the laboratory building G2 in Huawei’s Tuanbowa campus in the Songshanhu High-tech Industrial Development Zone, Dongguan city.

The Paper also reported that the building on fire housed 5G labs.

It also reported that Huawei began relocating its research and design center, Huawei University, and pilot scale production center to Songshanhu district since 2018. That district campus employs about 30,000 developers, who work on the company’s high-end smartphones, Harmony operating system, and other high-end products, according to The Paper.

After 3 p.m., witnesses shot videos from the Tuanbowa campus.

In the videos that Chinese netizens shared online, thick smoke could be seen emitting from the building from at least a mile away.

In some videos, the top three floors of the building can be seen covered in smoke. The wall was burnt to a dark color.

Other videos were shot from inside the Tuanbowa campus, where Huawei employees could be seen escaping from the building area. Some of the employees were dressed in white lab coats.

The Dongguan Fire Brigade announced that the fire was extinguished at around 4:50 p.m. The found at least three people’s bodies, identified as administrative staff inside the campus.

Before the fire was extinguished, the Dongguan city government announced that there were no casualties.

So far, the fire department did not provide a cause for the fire, but confirmed that all Huawei employees had to evacuate the campus. 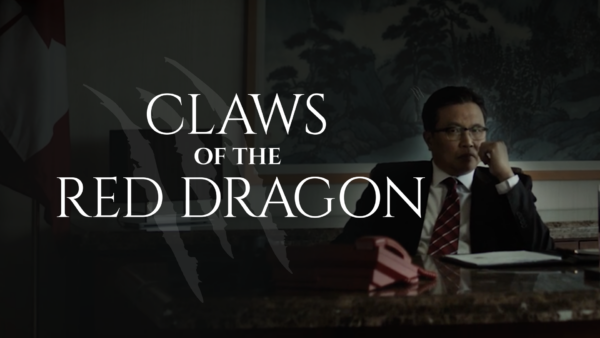