Regulators to End Preferential Treatment Given to US-Listed Chinese Companies 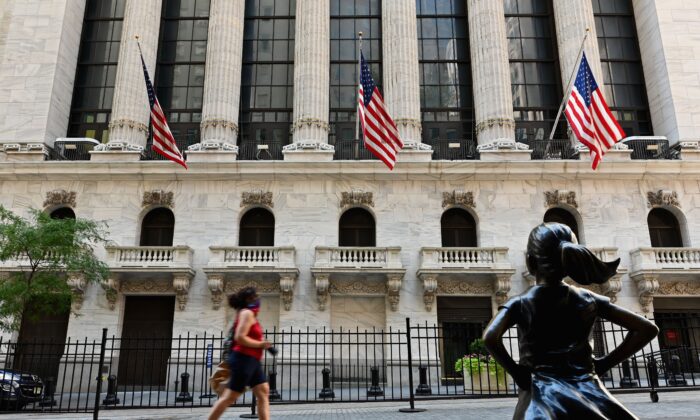 WASHINGTON—U.S. regulators are moving forward with a plan to crack down on Chinese companies traded in U.S. exchanges, overturning an agreement signed with Beijing in 2013 under the Obama administration.

The plan will require Chinese companies listed in U.S. exchanges to use auditors overseen by U.S. regulators.

The Securities and Exchange Commission (SEC) is expected to issue a proposal in December to address risks associated with investing in Chinese stocks, according to a Wall Street Journal article published on Nov. 17.

The SEC’s proposal would require the New York Stock Exchange and the Nasdaq to demand that foreign companies comply with U.S. audit standards or bar them from listing shares on exchanges. Those that already have shares trading on these exchanges will be given a certain time to comply to avoid getting delisted.

Chinese firms might potentially be asked to get a second review of their financials by an audit firm based in a country where the auditor regulating body cooperates with the U.S. Public Company Accounting Oversight Board (PCAOB).

PCAOB is a nonprofit organization established by the Sarbanes–Oxley Act of 2002 to oversee the audits of publicly traded companies in order to protect investors. Companies listing their shares on U.S. exchanges must have their books audited by independent public accounting firms registered with PCAOB.

The SEC, which declined to provide information about its plans, referred to the statement that Jay Clayton, chairman of the SEC, released in August.

In his statement, Clayton announced the SEC’s intention to “prepare proposals” to strengthen and enhance the oversight of Chinese companies in U.S. exchanges. The decision came after the regulator held a roundtable in July with investors, regulators, and industry experts to discuss issues related to the risks of investing in these companies.

The SEC’s moves also follow recommendations issued on July 24 by a working group appointed by President Donald Trump, of which Clayton is a member. The panel released its recommendations in the “Report on Protecting United States Investors from Significant Risks from Chinese Companies.”

The PCAOB has been unable to inspect audit firms based in China for more than a decade, the report stated.

Hence, the working group recommended enhancing listing standards so that PCAOB can access the audit papers of a listed company. Companies that are unable to satisfy this standard as a result of governmental restrictions as in China may provide co-audit from an audit firm based in another country that provides sufficient access to work papers, according to the report.

To reduce market disruption, U.S. regulators would provide a transition period until Jan. 1, 2022, for currently listed companies to come into compliance with the new standards.

“The new listing standards would apply immediately to new company listings once the necessary rulemakings and/or standard-setting are effective,” the report said.

The SEC is expected to move quickly to propose its plan before the departure of Clayton. On Nov. 16, the SEC chairman announced that he would step down at the end of 2020.

There were 217 Chinese companies listed on U.S. exchanges, with a total market valuation of $2.2 trillion, as of Oct. 2.

These Chinese companies have taken advantage of U.S. capital markets without complying with the same strict audit standards as their U.S. counterparts. Regulators in Beijing have refused to allow audit inspections of U.S.-listed Chinese companies on the grounds of national security and state secrecy.

In 2013, under the Obama-Biden administration, the PCAOB signed a memorandum of understanding (MOU) with regulators in Beijing, giving Chinese companies preferential treatment.

For example, the MOU stated that “if the requested information and/or consent is not provided by a Party to this agreement, based upon a conflict of laws, the Parties should endeavor to find a solution by consultation.” These lax standards have caused obstacles to the SEC enforcing its rules and regulations on China-based companies and audit firms.

The concession was part of then-Vice President Joe Biden’s active involvement in strengthening the United States’ commercial ties with China. Transcripts from the Obama administration’s archives show that the agreement was reached after Chinese leaders held multiple meetings with Biden.

As a result of this concession, U.S. investors, through their pension funds, have been unknowingly transferring wealth from the United States to Chinese companies that don’t comply with U.S. laws. This loophole causes U.S. investors to fund many Chinese companies that are involved in the Chinese Communist Party’s military and espionage apparatuses and implicated in the CCP’s human rights abuses.

Sen. Rick Scott (R-Fla.) applauded the SEC’s plans to enhance the oversight of these companies.

“U.S.-listed Chinese companies present regulatory, oversight and enforcement challenges that undermine transparency and confidence in American markets,” Scott said on Nov. 17 in a statement. “I’m glad they are taking this important step to protect investors by shutting Chinese-based companies out of U.S. exchanges if they fail to be transparent and play by the same rules as U.S. businesses.”

The action will represent the latest challenge for Chinese companies listed on U.S. exchanges.

On Nov. 12, Trump issued an executive order to stop investments in Chinese companies that have close ties to China’s military. The order targeted 31 companies previously designated by the Pentagon as being “owned or controlled” by China’s People’s Liberation Army.

An analysis by The Epoch Times showed that two firms that are listed in the New York Stock Exchange, China Mobile Ltd. and China Telecom Corp., were among the blacklisted companies, and their shares, worth $10.4 billion, were held by U.S. investment funds as of Nov. 20. U.S. investors have about a year, until November 2021, to exit their investments, according to the president’s executive order.