Senior Chinese Diplomat Mocks Trudeau, Calls Him a ‘Running Dog’ to the US 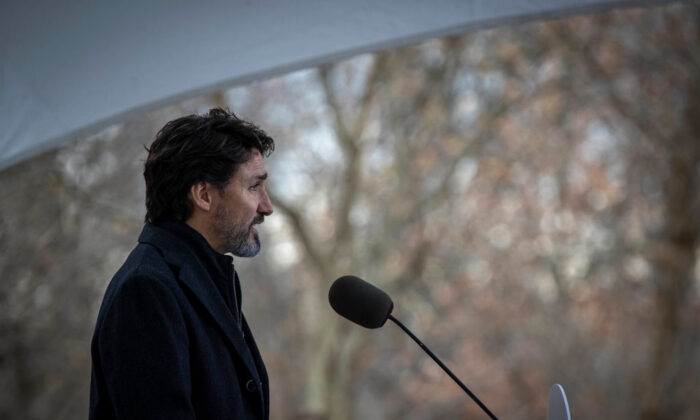 The Chinese consul general in Brazil openly mocked Prime Minister Justin Trudeau, calling him a “running dog” to the U.S. government, and accusing him of ruining the friendly foreign relations between China and Canada.

“Boy, your greatest achievement is to have ruined the friendly relations between China and Canada, and have turned Canada into a running dog of the US.,” Li wrote on the social media site.

The term “running dog” is a Chinese pejorative that refers to someone who curries favour with a more powerful, often antagonistic, force. The term is frequently used in Chinese Communist Party (CCP) propaganda, especially during the Mao Zedong era, to incite national zealotry to fight against the Western democracies.

Burton noted that Li did not specify what Trudeau has done to allegedly ruin the friendly relations between China and Canada. He said if the social media post had been made by a Canada-based diplomat, the individual could be declared a “persona non grata”—meaning an unwelcomed person—and sent back to his or her home country.

Since Li is based in a different country, he is covered from such consequences, but his remarks were undoubtedly approved by higher-up leadership in the Chinese foreign ministry, Burton said.

David Mulroney, Canada’s former ambassador to Beijing, said it is “extraordinary” for a diplomat to make such hostile remarks against a foreign national leader.

“This looks and sounds like a diplomacy that is out of control, as if China’s adult diplomats have been sidelined or are choosing to remain silent. Not a good look for a country only a few decades removed from chaos and extremism,” Mulroney wrote on Twitter.

Li had also retweeted a post made by the Chinese Foreign Ministry spokesperson Hua Chunying, who criticized the United States and European countries for launching wars in the Middle East after the September 11, 2001, terrorist attacks.

These aggressive remarks from Chinese officials are characteristics of the CCP’s “wolf-warrior” diplomacy.

Hua claimed that Western countries “don’t really care about Muslims,” as the U.S.-backed “counter-terrorism” campaigns against Islamic terrorists had led to the death and displacement of mass Muslim populations.

Li’s remarks came days after Canada announced sanctions against four Chinese officials for their participation in the systemic human rights abuses against Uyghur Muslims in China’s Xinjiang Uyghur Autonomous Region. The measures took effect on March 22, in coordination with the United States and the United Kingdom, and in solidarity with the European Union.

Last week, China retaliated by sanctioning Conservative MP Michael Chong, who had sponsored a House of Commons motion declaring China’s treatment of Uyghurs and other ethnic Muslims as a genocide.

When asked for comment on Li’s tweets, Global Affairs Canada referred to the comments Trudeau made during a press conference on Monday. The prime minister said Canada’s glad to learn about China’s recent invitation of United Nations observers to undertake an independent investigation in Xinjiang.