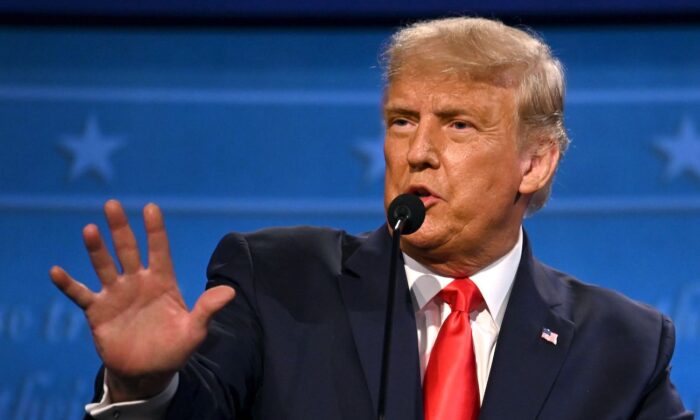 Meanwhile, the GSA refused to provide Trump’s transition team copies of its own records, according to the report (pdf).

The majority staff report released on Friday by Senate Committee on Homeland Security and Governmental Affairs and Senate Finance Committee shows GSA officials proactively contacted the FBI to ask if they should preserve Trump transition team records on Feb. 15, 2017, after Michael Flynn resigned as Trump’s national security adviser. The agency then decided to preserve all of the Trump transition team’s records after the FBI requested them to preserve records associated with Flynn.

The GSA officials’ offer to the FBI to preserve the Trump transition team’s records came after the removal process of the records had begun on Jan. 26, 2017, according to the terms of the memorandum.

The removal process was stopped afterward.

The GSA took this unsolicited action despite not receiving a formal preservation request until June 12, 2017.

The GSA decided to not tell the White House or counsel for the Trump transition team about the preservation. The agency also refused to honor the team’s request to access those records when requested.

In August 2017, Mueller’s team requested and received records for 13 officials in the transition team, including those of then-CIA Director Mike Pompeo, then-national security adviser to the vice president Keith Kellogg, and Trump’s son in law Jared Kushner.

Mueller got the records via two letterhead memoranda from FBI Assistant General Counsel Kevin Clinesmith, who pleaded guilty in August to altering an email as part of the process to obtain a secret court warrant to spy on a former Trump campaign adviser. The Mueller team did not issue a subpoena or search warrant and the GSA didn’t afford the transition team an opportunity to review those records.

The report doesn’t mention which GSA officials contacted the FBI on their own initiative to give the transition records after Flynn’s resignation.

“Given the news cycles, GSA decided it was prudent to inquire about preservation during the machine wiping process, so we reached out to the [GSA] I[nspector] G[eneral], who contacted the FBI or DOJ and got the ball rolling for GSA’s preservation of records,” GSA Associate General Counsel Seth Greenfeld summarized the events in a June 8, 2017, email to Lenny Loewentritt, then-acting general counsel at GSA.

The “news cycles” were referring to the resignation of Flynn, according to the GSA Office of the Inspector General (OIG) counsel Ed Martin.

During that time, Denise Turner Roth, an Obama appointee, was the leader of the GSA until Timothy Horne was appointed as acting administrator on Jan. 20, 2017 by Trump. Horne served until another Trump appointee Emily Murphy was sworn in as GAS head on Dec. 12, 2017.

The staff report says the newly discovered GSA’s breaching of the memorandum of understanding with the Trump transition team is “another example of the disparate treatment the Trump campaign and administration received from the federal bureaucracy.”

“The purpose of this staff report is transparency, to provide the public an understanding of how exactly the transition process was corrupted in 2016 so that it does not happen again,” read the report.

The GSA and Trump campaign didn’t immediately respond to requests for comments.

To close several loopholes related to GSA’s services for transition teams, Johnson introduced the 2019 Presidential Transition Enhancement Act in February. The bill was passed in Congress and signed into law by Trump one month later.

The new law requires the GSA to direct any third-party inquiry or legal process concerning transition records to representatives designated by the presidential transition teams.

It also shortens the GSA service period for the transition teams from 150 days to 60 days.