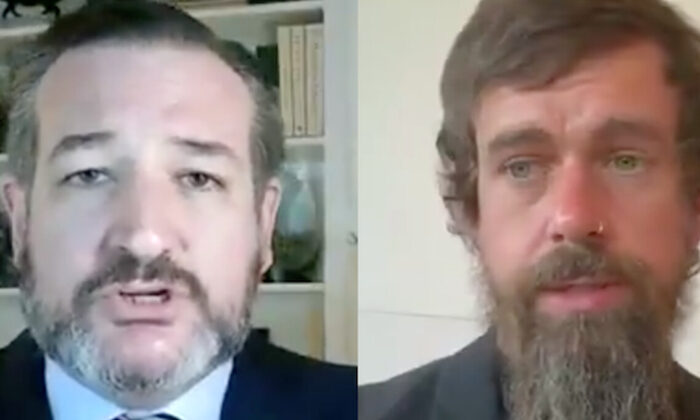 Twitter CEO Jack Dorsey confirmed Wednesday that the New York Post’s account is still locked and can only be unlocked if it deletes a post in question that linked to its report about Hunter Biden’s overseas business dealings.

As of Wednesday morning, the NY Post’s account shows that it has not tweeted since Oct. 14, or just hours after it published its explosive report, citing alleged emails from Hunter Biden, that asserted former Vice President Joe Biden’s son tried to arrange a meeting between he, his father, and a Ukrainian gas executive in Washington. Biden’s campaign has denied the meeting ever took place, but a whistleblower who had a business partnership with the Bidens later went on record to say Joe Biden was deeply involved in Hunter’s overseas affairs.

The New York Post “can log into their account” and “delete their original tweet that fell under our original enforcement actions” before posting again, Dorsey said in response. “They can tweet the exact same … article and it would go through,” the CEO said.

In mid-October, Twitter announced it changed its policy following backlash of its perceived censorship of users who shared the NY Post’s report, including White House press secretary Kayleigh McEnany and a Trump campaign account.

Dorsey on Wednesday morning made reference to the updated policy in the exchange with Cruz. Before the NY Post’s article was blocked, Dorsey cited a “hacked materials policy” that was created in 2018. “The policy is around limiting the spread of materials that were hacked,” Dorsey said, adding that “it is unclear how those materials were obtained.”

There is no evidence that the NY Post’s report was based on hacked materials. Former New York City Mayor Rudy Giuliani said he provided the NY Post with the laptop hard drive that purportedly belonged to Hunter Biden that was reportedly left at a computer repair shop in Delaware last year and was never picked up. Reports have suggested that whoever left the laptop at the store never paid their bill.

Cruz later alleged that Dorsey, Twitter, and Facebook “made the unilateral” decision to block the NY Post over its reporting on the Bidens’ dealings with the Ukrainian energy firm, Burisma Holdings, and a Chinese Communist Party-linked firm.

Dorsey flatly rejected Cruz’s assertions that Twitter is attempting to censor the NY Post or other news outlets, saying they have to agree to Twitter’s “terms of service.”

Biden and his campaign have denied any knowledge of Hunter Biden’s business ties overseas.