US Air Force Hopes to Collect Solar Energy in Space, Beam It to Earth 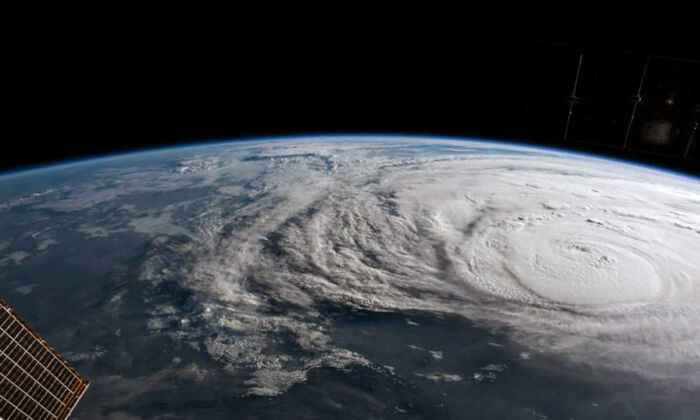 A Earth observation photograph captured in low Earth orbit by the International Space Station on Aug. 25, 2017.(NASA via Getty Images)

The U.S. Air Force (USAF) is working on harvesting solar energy in space and beaming it back to Earth to address the energy demands of its military personnel deployed at remote bases.

The project, named the Space Solar Power Incremental Demonstrations and Research Project (SSPIDR), will allow solar energy to be harvested and beamed back to the Earth through an outpost, regardless of the latitude, longitude, climate, time, and other factors.

The U.S. Air Force Research Laboratory (AFRL) shared a video on YouTube explaining how the project could one day revolutionize energy use on Earth for military personnel and civilians.

An Arachne satellite would be used to collect and convert solar energy to radio frequency, which would then be beamed to a receiving station on Earth. The receiving antenna, called a rectifying antenna or “rectenna,” would convert the radio frequency into usable power for the end user.

That power could be used to fuel power generators at remote bases and weapons. AFRL’s main mission, it says, is to develop and mature technologies to “benefit the warfighter.”

“Ensuring that a forward-operating base maintains reliable power is one of the most dangerous parts of military ground operations. Convoys and supply lines are a major target for adversaries,” the narrator of the AFRL video states.

Eliminating the need for such supply lines could “save countless lives,” according to the USAF.

“To utilize the solar power beaming system, a service member would simply set up a rectenna to gain access to power, eliminating costly and dangerous convoys,” AFRL’s website notes. “Essentially, AFRL is enabling the relocation of those supply lines to space, which could save countless lives.”

AFRL on its website also claims that there is a “high possibility” that this technology could be a highly valued asset in the commercial sector as well.

“Much like the Global Positioning System, which started out as a military asset and transitioned to a technology now used by people everywhere, this solar power beaming system could transition to broader usage, providing solar energy regardless of weather, time of day, or latitude,” it says.

Col. Eric Felt, head of the lab’s Space Vehicles Directorate, told the Journal that over the next decade, the potentially “game-changing” technology could become more widely available.

“The technology has reached a point where we believe we can do it,” Felt said. “We’re in the final maturation phase for the key technologies, and we’ve got a road map for it. … We’ve laid out the whole program, and we’re now on a path to build a two-meter solar system for launch on a satellite in 2023 to prove the technology.”