US to Place Hold on Funding to World Health Organization 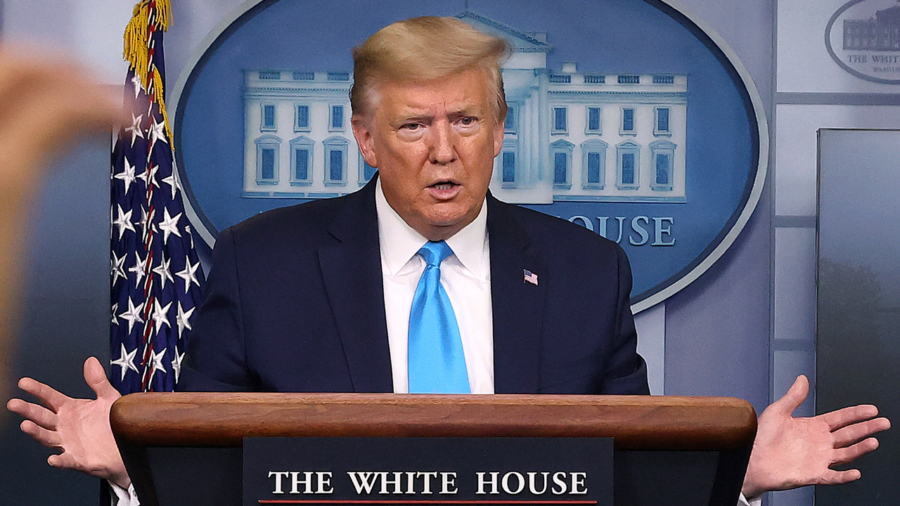 President Donald Trump speaks to reporters following a meeting of the CCP virus task force in the Brady Press Briefing Room at the White House in Washington on April 7, 2020. (Chip Somodevilla/Getty Images)

By Ivan Pentchoukov, The Epoch Times

The United States plans to place a hold on funding for the World Health Organization (WHO), President Donald Trump announced on Tuesday.

The president said the WHO is “too China-centric” and criticized the organization for opposing his early decision to place a ban on travel from China aimed at preventing the spread of the CCP (Chinese Communist Party) virus, to the United States.

The president also claimed that the WHO may have known about the threat from the CCP virus but did not inform the world on time.

“They called it wrong. They missed the call. They could have called it months earlier. They would have known. They should have known. And they probably did know. So we’ll be looking into that very carefully,” the president said.

Trump later added that the WHO “called every aspect” of the CCP virus pandemic wrong.

Trump hinted at cutting funding to the WHO in a Twitter post earlier in the day, pointing out that the organization is closely aligned with China despite the United States contributing the largest portion of WHO’s funding. U.S. contributions to the United Nations’ organization last year exceeded $400 million, according to the State Department.

“They seem to err always on the side of China. And we fund it,” Trump said.

WHO is closely aligned with the Chinese communist regime and has repeatedly praised China’s leaders despite experts and unearthed evidence showing how officials manipulated the true situation in the country where the CCP virus emerged last year.

American lawmakers have called on Dr. Tedros Adhanom Ghebreyesus, director-general of the WHO, to resign amid accusations of helping the Chinese Communist Party cover up the outbreak and probing whether WHO is complicit in the manipulation.

“We know Communist China is lying about how many cases and deaths they have, what they knew and when they knew it—and the WHO never bothered to investigate further. Their inaction cost lives,” Sen. Rick Scott (R-Fla.) said in a statement.

“We could cut funding or we could tie future funding to certain changes,” Scott added to the Daily Signal. “It is supposed to be the World Health Organization, world health, but it panders to China.”

A spokeswoman for the WHO told The Epoch Times in an email that the organization “expects all its Member States to report data in a timely and accurate manner under the international protocols that have been agreed by the Member States of WHO.”

WHO didn’t immediately respond to a request for a response to Trump.

Reporters have regularly pressed WHO officials on China’s role in the CCP virus spreading around the world but each time the officials have deflected answering directly. They often end up saying things similar to the statements from top Chinese officials. WHO has also faced questions on its dealings with Taiwan.