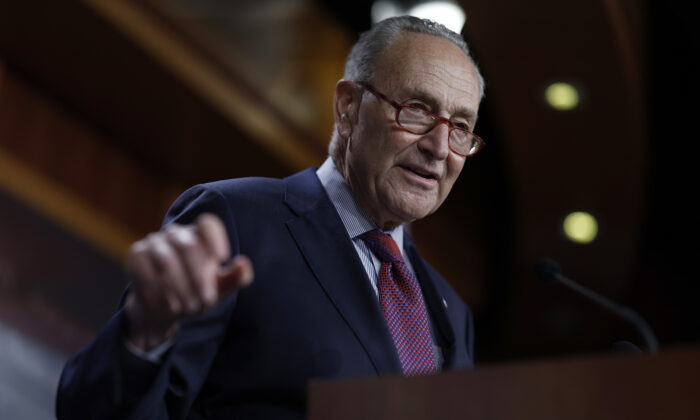 Democrats are projected to maintain control of the Senate after emerging victorious in key races in battleground states, extinguishing Republican hopes of flipping both congressional chambers.

Although Republicans are still projected to gain control of the House, Democrats kept the Senate after winning battles in Arizona, Nevada, and Pennsylvania.

“Democrats will have a majority again in the Senate! This election is a victory and vindication for Democrats, our agenda and our accomplishments, and for America and the American people,” Senate Majority Leader Chuck Schumer (D-N.Y.) said in a statement after the Nevada race was called on Nov. 12.

Democrats will have at least 50 seats in the 100-seat chamber. Vice President Kamala Harris is president of the upper chamber, giving her the ability to cast the tiebreaking vote. The Georgia Senate runoff has been scheduled for December.

But Republicans needed to win more races to flip control of the Senate, which the Democrats currently control.

The final outcome, at present, means that Schumer will remain majority leader when the next Congress is seated in January 2023. Senate Minority Leader Mitch McConnell (R-Ky.) is expected to keep his position, although some senators have said he should step aside due to the failure to secure a majority.

Republicans had hopes of picking up seats in a number of states, including Nevada and New Hampshire, but failed to capitalize on low approval ratings for President Joe Biden.

Fetterman won the seat being vacated by Toomey.

A special election held for the seat that Sen. Jim Inhofe (R-Okla.) is leaving in the middle of his term was won by Rep. Markwayne Mullin (R-Okla.).

Incumbents from both parties also held on in other close races.

In Alaska, former Alaska Department of Administration Commissioner Kelly Tshibaka, a Republican, and Sen. Lisa Murkowski (R-Alaska) are the top two vote-getters for the seat that Murkowski holds. The winner hasn’t yet been declared.