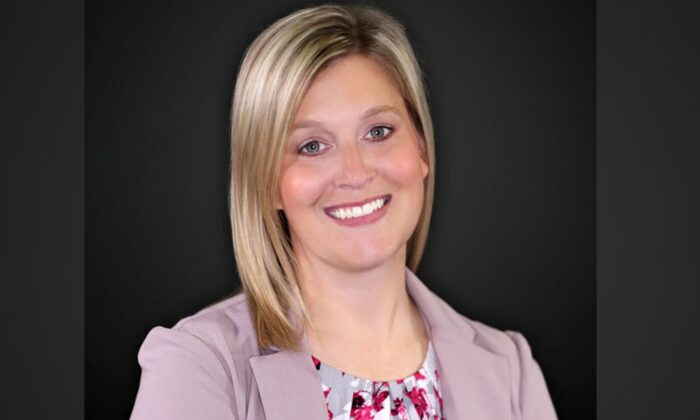 The need for medical patients to have their own advocates has become critical in light of increasing reports from family members who believe their loved ones died in the hospital because of the COVID-19 treatment protocols prescribed by doctors.

To assist in breaking up what Priscilla Romans called “an unhealthy co-dependency” between patients and the health care system, Romans launched Graith Care, a patient advocacy business that takes the ultimate authority out of the hands of the “white coats” and returns it back to the patient.

“People have believed the hospitals are going to take care of them, only to find that this isn’t always the case,” Romans told The Epoch Times.

Many hospitals mechanically adhere to treatment protocols outlined in the International Classification of Diseases (ICD), but with the help of patient advocates, patients and their families can override these one-size-fits-all treatment plans.

It’s a solution to a problem long overdue, Romans said.

Romans is launching Graith Care at a time when many health care professionals are leaving a medical system that they say was broken long before COVID-19 brought its corruption to the surface.

The tipping point has caused some doctors and nurses, including Romans, to find alternatives outside of the system.

‘It Was Worse Than I Thought’

As a nurse who later worked in the health insurance industry, Romans said she’s seen the many faces of the medical industrial complex, only to find that “it was worse than I thought.”

Among the issues is the fact that hospitals are paid large incentives by health insurance companies to follow a pre-set treatment plan, she said, which has led to hospitals exchanging patient care for lucrative payoffs.

For example, hospitals that receive federal funding from the Centers for Medicare and Medicaid Services and the Coronavirus Aid, Relief, and Economic Security Act receive a 20 percent increase in reimbursement for inpatient stays resulting from COVID-19, she said.

There there are also incentives for treating COVID-19 patients with sedatives and the antiviral drug remdesivir, and then putting them on a ventilator, which often ends in death.

Even before the pandemic began, Romans said, she had been feeling a spiritual calling to step out of the comfort zone of a steady paycheck after years of observing the mechanics of a machine fueled by money, not by compassion.

“I launched Graith Care from my own home not knowing what was around the corner with all the vaccine mandates, protocols, and the use of drugs like remdesivir that, in many cases, have been deadly,” Romans said.

Since then, she’s expanded her business through word-of-mouth to help people throughout the United States and internationally, she said.

“I just felt like this was the right thing to do for people at the worst time in their lives,” she said.

Patient advocacy requires quick, critical thinking skills and a good understanding of the health care system to properly advocate for the average person, who may not understand that starving patients while keeping them on drugs like remdesivir, fentanyl, and precedex only makes them sicker, Romans said.

“These hospitals will make it seem like they are giving an individual plan of care while the patient and the family have no clue what is happening, and they just go along with what the white coats tell them,” Romans said.

Patient advocacy is about helping families understand their rights, she said, and how to navigate through the bureaucracy of the system that tells them they only have one option, like remaining trapped in the hospital.

In the case of the Anne and Scott Quiner in January 2022, Graith Care had Anne’s husband Scott flown out of a hospital in Minnesota to another hospital in Texas that allowed patients to choose a COVID-19 protocol recommended by America’s Frontline Doctors, which involved hydroxychloroquine, zinc, and vitamin C.

Anne Quiner had to seek legal counsel to file a restraining order to prevent the Minnesota hospital from taking Scott off a ventilator. The hospital responded by objecting on the basis that Anne’s position wasn’t “supported by medical science” before requesting that the court issue an order authorizing the hospital to take Scott off the ventilator, which would have killed him.

The judge sided with the Quiners’ lawyer, and on Jan. 15, it was Graith Care that helped organize a team to transfer Scott.

When Scott arrived in Texas, it was reported that he was malnourished, dehydrated, and 30 pounds underweight, and that his doctors there were “horrified” at his condition, but on Jan. 20, he reportedly became responsive and was “making tremendous progress.”

“He had already been put through too much and had so much thrown at him without the proper nutrition,” Romans said. “After a period of time, all of his organs were just suffering.”

‘Nobody Ever Flies Out of This Hospital’

Graith Care had another patient flown out of a top-tier hospital in South Dakota where the doctor was refusing a patient alternative treatment, Romans said.

The physician there said that a ventilator was the only option, so Graith Care worked to have the patient transferred, she said.

“The doctor told me, ‘Nobody ever flies out of this hospital—they fly to us,’” she said. “I told him we were going to try because it’s what the family wants.”

Within about 24 hours of his stay at the new hospital, the patient was healthy enough to return home, she said.

“He probably would have died at the other hospital because the only option they gave him was to be put on a [ventilator],” Romans said.

But there are many people who didn’t have the option to transfer their loved ones out of hospitals where they were receiving poor care.

Katrin Crum, Aletha Chavez, and Ashley Wines said their husbands were each isolated and given a combination of sedatives and the antiviral drug remdesivir, a drug reported to cause acute kidney failure. The doctors said the kidney failure was a symptom of COVID-19.

Though individual treatment had previously been left up to the physician and was an open discussion between the physician and the patient, Crum told The Epoch Times that all of that was “thrown out the window” when it came to her husband’s care.

“My 58-year-old husband in Washington received the exact same treatment as a 40-year-old woman in Florida who had none of the same health issues that my husband had,” Crum said.

For Romans, the pandemic has exposed the frayed wires of a medical system that can’t be fixed. The behavior of some physicians and nurses in the face of families who have had their lives turned upside down has revealed a disconnect in health care, she said.

“I think the system is going to implode on itself,” she said. “As a result, people are going to start shifting where they get their advice and medical care.”

As with all change, she said, it won’t be comfortable.

“It’s been painful, but it’s opened our eyes so that we can start looking for better solutions,” she said.