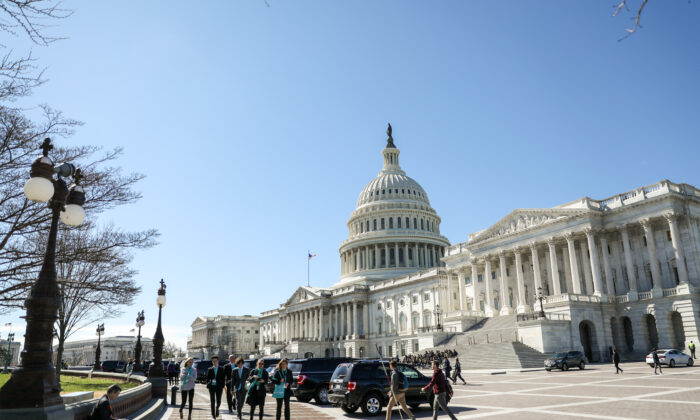 Sixty-eight percent of unmarried women voted for Democrats in House midterm elections compared to 31 percent who favored Republicans, according to exit polls.

About 52 percent of unmarried men favored Republicans as compared with 45 percent who favored Democrats, exit polls published by CNN show.

The national exit poll was conducted by Edison Research in conjunction with broadcasters across the United States. Those who were surveyed included 18,571 respondents who voted for U.S. House candidates, with 8,688 being men and 9,797 being women.

“The good news for the Democrats is that the number of unmarried women is growing every year. From the earliest census up through 1950, roughly 80 percent of households were led by a married couple,” he noted. By 2000, that percentage had fallen to 52 percent, and by 2010, for the first time in the nation’s history, most households did not include a married couple. Marriage has only continued to decline since then.”

Meanwhile, Republicans inched closer to a narrow House majority Thursday, while control of the Senate hinged on a few tight races in a midterm election that defied expectations of sweeping conservative victories driven by frustration over inflation and President Joe Biden’s leadership.

Either party could secure a Senate majority with wins in both Nevada and Arizona—where the races were too early to call. But there was a strong possibility that, for the second time in two years, the Senate majority could come down to a runoff in Georgia next month, with Sen. Raphael Warnock (D-Ga.) and Republican Herschel Walker failing to earn enough votes to win outright.

In the House, Republicans on Wednesday night were within a dozen seats of the 218 needed to take control, while Democrats kept seats in districts from Virginia to Pennsylvania to Kansas and many West Coast contests were still too early to call. In a particularly symbolic victory for the GOP, Sean Patrick Maloney of New York, the House Democratic campaign chief, lost his bid for a sixth term.

The Associated Press contributed to this report.